Mistakes and Difficulties in Working with TOC Logical Tools 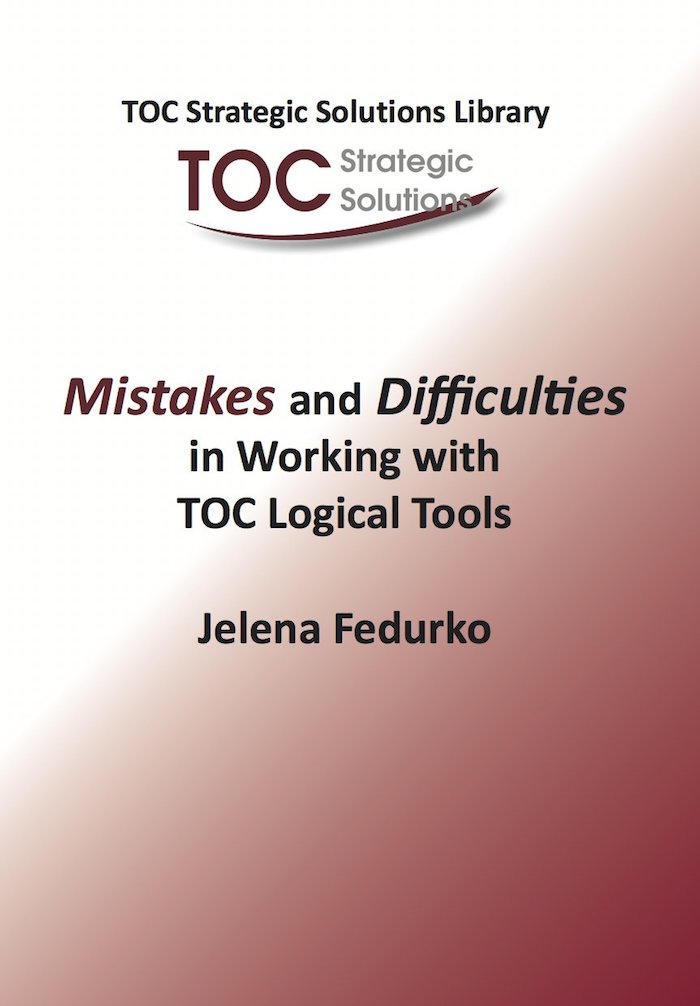 The TOC logical tools are a significant contribution to enhance the understanding of problems and provide a good base for finding and/or developing solutions. Nevertheless, in many cases those using the tools do not fully benefit from working with them because of mistakes and lack of clarity in the guidelines.

Jelena has designed this textbook as a reference guide for members of the TOC community who have tried working with the logical tools and have not seen the value from their efforts, but still have the stamina to learn more about how to use them correctly.

Mistakes and Difficulties in Working with TOC Logical Tools focuses on typical errors in wording, content, logic and purpose of Clouds and Current Reality Trees (CRTs) and looks into confusion between necessity and sufficiency logic.  You will be exposed to several types of mistakes, and one by one Jelena will explain why it is a mistake, show examples, and offer rules and guidelines on how to avoid the mistakes. It also offers a case study for individual work and provides the answers.

CHAPTER 1. Mistakes in wording the entities in the Cloud

CHAPTER 2. Mistakes in the logic of the Cloud

CHAPTER 3. Checking Cloud wording and logic –A case for analysis

CHAPTER 4. Checking Cloud wording and logic –Answers to the case

CHAPTER 5. Mistake: The statement in A is a simple summation of the statements in B and C

CHAPTER 8. Mistake: You have put your solution in D or D’ in the Cloud that you plan to use for getting a buy-in

CHAPTER 9. Mistake: D and D’ in an UDE Cloud are worded as an internal dilemma regarding a decision for the future

CHAPTER 10. Mistake: Mirror reflection between an UDE, B and D in the UDE Cloud

CHAPTER 12. A brief recap on 7 typical mistakes in surfacing assumptions in Clouds and 4+2 Assumption Rules

CHAPTER 13. Some thoughts about a claim that an objective of a project should be an Injection to a Cloud.

CHAPTER 14. Frequent sloppy work when Cloud owners want to use the Cloud for justification of their solution

CHAPTER 15. The Cloud is NOT for goal-setting

CHAPTER 16. A confusing claim that the Cloud is BASED ON Necessity logic

CHAPTER 18. Mistake: At the bottom of the CRT you state that the Core Problem of the system is the absence of your solution

CHAPTER 19. Mistake: At the bottom of the CRT you put a cause that is outside of your control

CHAPTER 20. A brief recap on the distinction between Necessity and Sufficiency

CHAPTER 21. Sufficiency inside the cause

CHAPTER 22. When an announced cause and effect relationship depends on an implied meaning  158

CHAPTER 23. A confusing claim that CRT and FRT are BASED ON Sufficiency logic

Other books published by this Author: 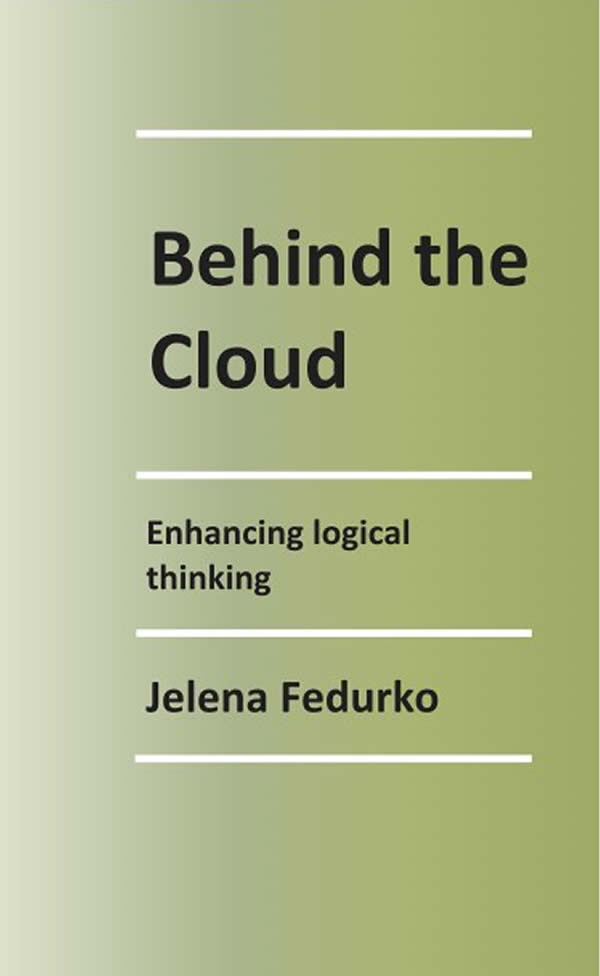 Behind the Cloud - Enhancing logical thinking Through Clouds To Solutions

Mistakes and Difficulties in Working with TOC Logical Tools

How to access this eBook using the new TOC Reader

Select your desired content, then press the button "Save to device", accept the license agreement, and your content will start downloading, wait until the download ends.

When the synchronization completes, the app will show the contents of the file.